Strength- Curious:His insatiable thirst has been his most driving point so far
Flaw- Recklessness:He tends to not think about danger to himself, if he can find an answer
Desire-Belonging:He wants to find his family, and maybe a time that he can call home
Fear-Isolation:Who honestly wants to die alone?

Where does your character come from?
Rook was born out of time and place, he has no set time or home. For as long as he can remember, he has been at the Temporal Monastery. He knows the halls like the back of his hand, especially the hiding places.

Who is your character’s family?
Rook is an orphan. He has no idea who his biological parents are, or if he even has siblings. He consider the temporal monastery that raised him to be his family however.

What is your character’s social standing?
Rook is generally looked over due to his youth an inexperience. He doesn’t have a high title or much to his name, being graced ‘Timeless’ the bastard name for orphans born out of time.

What did your character do before they became an adventurer?
Rook was raised at the monastery that took him in when he was a babe. He filled in odd jobs here and there as the monks needed. He never took to the cloth however.

How old is your character? Are they young and brash, or old and wise
25 yrs. Rook is definitely young, though not brash. He’s a bit reserved though insanely curious.

What does your character think about the world?
He wants to find out all about it and the times it covers.

Why did your character leave home?
Initially, Rook was sent to deliver an item(s) to another time period, but truthfully he set out to find out where his parents are from. 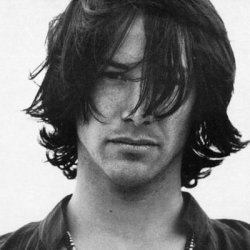