Strength- Faith: Fae’s faith in a greater future and in the light inside of all living creatures gives her hope and drive to continue on to a better future.
Flaw- Recklessness: Look before you leap is not apart of Fae’s arsenal. She tends to shoot first and ask questions later.
Desire- Understanding: Fae has a thirst for knowledge and understanding. She wants to know what makes the world spin, and why things work the way they do.
Fear- Darkness: While she doesn’t need a nightlight Fae is frightened of the darkness in the world. She fears that one-day evil might prevail over good.

Social:
Fae’s social skills are dictated by the norms of elvish culture. She sees her self as the higher species, more attuned to nature and magical elements of the world. Unlike other elves, she believes this gives her the abilities to stand up for the weak.

Upbringing:
Born in the age of War, Faerendril Willowshade was born to freed slaves. Her family of wood-dwelling elves had fought against their captors and now wanted only solitude to live in harmony with the forest. As the wars became only tiny skirmishes, and finally settled into a time of peace and prosperity the Wood remained, and a small band of elves became a community and as the Age of Gods dawned these Elves stayed in seclusion.

Worldview:
Fae has grown up in seclusion away from many of the other races. But unlike many of her kin, she has a streak of curiosity. She is a keen hunter and tracker and uses hunting expeditions to explore the world at large. She has seen many different types of people, many justices and injustices. There have been many times that Fae has played the “Hero” and stood up for those with less power than herself. She tries to fight for good. 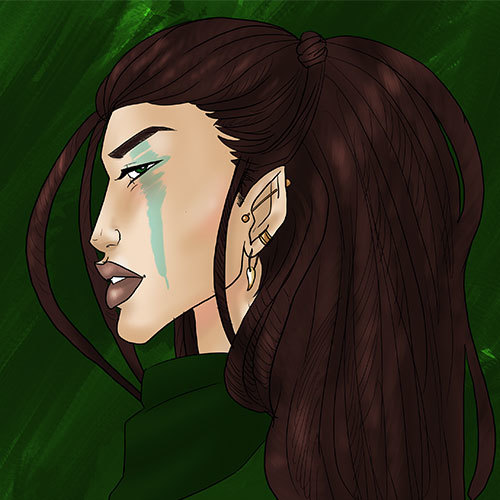